WHAT DO I DO IF I'M CHARGED WITH A DUI 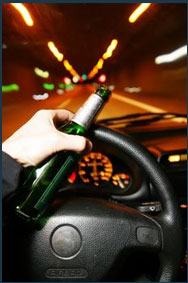 With 3336 DUI citations in Pinellas county, 4,101 DUI citations in Hillsborough county, and 1,146 DUI citations issued in Pasco county, all in 2015 alone, it's no wonder that police continue in cracking down and punishing DUI offenders. First of all don't panic because the penalties or punishment depends on several variables. These include whether or not you have been convicted previously and the circumstances surrounding your arrest. Even though there are over 33,000 DUI arrests in Florida every year, there is still a stigma with that arrest. In fact the news is littered with teachers, bus drivers, police officers, troopers, and deputies getting arrested for DUI, and often causing an accident while DUI on duty. There have even been a lot of judges throughout Florida getting arrested for DUI. So, if judges and officers of the law can get specialized treatment, you can be assured that I will provide the same hope for you. A DUI arrest can not only tarnish one's reputation, but also one's career, so it is very important to hire an aggressive and competent Pinellas County DUI attorney like Craig Epifanio. (Of course we also cover Hillsborough, Manatee, and Pasco as well). Furthermore, he can help you to avoid other unforeseen consequences such as higher insurance (A recent report shows that most people’s insurance will double, and in some cases triple, after being convicted of a DUI).

When you are accused it is impossible for an attorney to give a definitive legal opinion without gathering all of the evidence. This is where experience comes into play when making a decision on hiring a DUI lawyer. Some lawyers will tell you what you want to hear and are overly aggressive in what they promise. I will always be honest about my opinion of the case based on my experience and the facts of your SPECIFIC case. It makes no sense to file useless motions or pursue a weak defense if it is going to hurt your case in the eyes of the judge. Instead of hiring a lawyer, who may sometimes cost more or less in money terms, and overpromises, yet underdelivers, you need an intelligent attorney that will do what is right for YOUR case. Hiring an overly "aggressive" or "cheap" attorney that ends up getting you more jail time or higher sanctions is not a good investment and is just an all-around bad idea. An experienced and knowledgeable lawyer, like Craig Epifanio, who is not afraid to tell his clients the truth about their case, both good and bad, will go a much longer way in helping a client than an attorney who is impatient or aggressive at the wrong times to the detriment of the client's case. Craig Epifanio will always fight for his clients in a way best suited to their individual situation and you will never be treated like a number, but instead you will get an attorney that will file the appropriate motions at the appropriate times, negotiate to work out the best deal possible when fitting, or fight all the way to a trial to prove one's innocence.

The punishments below are just the beginning of what you may be facing.

For a first offense some of the mandatory and maximum penalties include:

For a Second offense, the fine amounts can double. However, if the second conviction is within five years of the last conviction, the license is revoked for 5 years and 10 days jail minimum with a 9 month maximum. Further, the immobilization increase to 30 days.

For a Third offense outside of 10 years, the fines and penalties again increase with a maximum sentence of one year in jail. HOWEVER, if any of the prior 2 convictions is within the last 10 years, then the charge becomes a felony and the offender is subject to the Sentencing Guidelines. Further, there is also a mandatory 30-day minimum jail sentence and 10 year license suspension.

A Fourth offense is a Felony, however, occasionally the prosecutor decides not to prosecute it as a felony for various reasons. A Felony then subjects the Defendant to Sentencing Guidelines.

There is also a law where if you refuse a breath or urine test after refusing a breath or urine test anytime in the past, then you could be charged with a second degree misdemeanor in addition to the underlying DUI. Therefore, a person can now be arrested solely on the basis of refusing to offer a blood or breath test if they have convicted of a DUI refusal in the past. While grounds to challenge still exist, just remember that a refusal can now subject you to criminal sanctions.

Additionally, since 2003, the courts, in some circumstances, must order an ignition interlock device on your vehicle, and you may not get (or keep) a license until that is installed. They are discretionary with the judge on some first time DUIs, unless you have a high blow, or there is a minor in the vehicle, but there is a one-year minimum time of having this installed on your vehicle for a 2nd DUI, and a two-year minimum if it is a 3rd conviction. Since ignition interlocks are literally a $100 million dollar business since it was implemented, NOTE: It is likely that MADD will convince the legislature to make mandatory interlock for ALL first time offenders happen, so please check our website often or give us a call to be sure.

The above represents mandatory penalties. The court may impose additional penalties if there are aggravating circumstances. This includes among other things, the blood alcohol content if over a .15, the age of the driver, and if the driver was involved in an accident.

Why is it necessary to have an attorney in light of this information? First of all this information is not all inclusive. Next, there are many things that can be brought to the prosecutor's attention that may either mitigate the charge or cause it to be dismissed altogether. Every case is different but this Pinellas County DUI attorney can help you get through this tough time and achieve a result that is in your best interest.