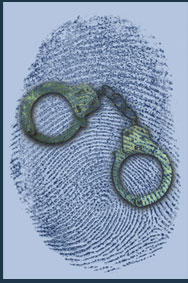 The number of Federal criminal defense filings has exploded in recent years. For example, Federal cases nationally have gone up 17%, from over 66,000 cases to over 84,000 cases in 2012 alone. The Middle District of Florida alone, has gone from 1200 cases to over 1500 cases. Over a third of all Federal cases in Florida are drug charges. Immigration charges and Fraud charges, make up another third. ATF charges, and sexually related offenses, such as child pornography, make up most, but not all, of the balance of cases in Federal court. My office has experience in handling all these types of cases as a Pinellas Federal Crime Attorney, and he has the experience and know-how to aggressively defend all Federal charges. Even though the Obama administration did offer many clemency and pardons for mostly non-violent drug offenders, they were still rare and it is expected that this will not happen again in these numbers. In fact, prosecution of drug crimes, in particular may rise. Thus, having a good Federal attorney now is crucial.

The consequences of a federal conviction can be far more severe than a conviction on a state charge. For example, one person was charged with possession of only 5 grams of cocaine, generally a violation of state law that can usually be negotiated to a probationary sentence, but because the Feds decided to charge him with a federal crime of cocaine possession, he faced a mandatory minimum prison sentence of 5 years federal prison. Furthermore, double jeopardy does not apply if the federal government decides to pursue charges against you in addition to the state charges; therefore you could be facing charges in two separate courts for the same conduct. It should also be noted in regards to Marijuana possession, that even though MEDICAL MARIJUANA is now legal in Florida for certain prescribed conditions, it is NOT a defense under Federal law, and you can still be harshly prosecuted.

Contrary to state criminal investigations, in which the prosecutors build their case after a person's arrest, in federal crimes, investigators often build their case prior to the arrest of an individual. Charges of federal crimes are difficult to overcome, but not impossible. You need a lawyer who will challenge every piece of evidence, one that will challenge the federal government head-on, and one who recognizes that your freedom is at stake.

Mr. Epifanio has handled hundreds of criminal defense matters for clients. He has spent his law career fighting for the underdog and seeking to help those who have been wrongfully accused, those who have been overcharged, and those in need of a second chance.

Dealing With the Federal Sentencing Guidelines

Some of the factors that come into play in the federal sentencing guidelines include questions such as:

Attorney Craig A. Epifanio takes the time to get to know his clients and does the research necessary to uncover information that may ultimately benefit the client when it comes time for sentencing. He understands the mandatory minimum sentencing guidelines for federal crimes and stays current on any pending changes and the case law affecting their use.

We handle federal crimes that include: