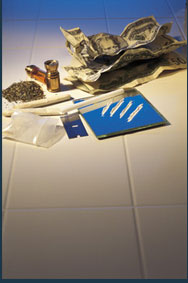 The single best thing that you can do if you have been accused of a federal or state drug crime is to retain the counsel of an experienced defense lawyer. St. Petersburg, Florida, attorney Craig A. Epifanio primary focus is defending people like you in courts of law in order to fight these accusations. He has handled a significant number of drug trafficking and drug possession cases for clients in both state and federal court.  However, the recent changes to the Florida constitution is going to effect marijuana charges in particular.  There may be new additional defenses that can be raised, particularly when it comes to how, why, and where you may have been searched and seized.

Prosecutors are very gung-ho to fight the "opiod crisis" by coming down hard on people who are involved in any way with opiods. These include oxycodone, hyrdocodone, oxycontin, vicodin, percocet, roxicet, demerol, codeine, and the most dangerous one according to officials right now are the fentanyl products. If you're charged with any crime involving these or other related drugs, whether you are accused of dealing or if you're just caught up in an addiction cycle, feel free to call my office. There are alternatives to the prison that prosecutors and judges often seek.

What if you are on probation and fail a drug test with marijuana?  Unfortunately, it appears that judges in Pinellas county consider a positive test of cannabis EVEN IF you have a medical marijuana card as a violation of your probation.  This has not really been tested in the appeals court, so if you are on probation, especially in Pinellas at this point, please give my office a call and we can discuss defenses and how best to avoid that violation.
Also remember that bringing marijuana from a "legal" state such as California or Colorado into Florida is illegal and can actually subject a person to both state and federal penalties.  This is especially true if you find your favorite strain and ship it to Florida.  This is also true with edibles and tinctures that contain THC oil.  Further, having a Florida medical marijuana card, does not absolve you.  Medical marijuana card holders in Florida must be Florida residents and possess it ONLY in Florida.  But what about CBD?  Actually the federal government has legalized possession and sales of CBD so long as it does not contain any measurable amount of THC.  Since marijuana laws are constantly changing, it is important to talk to an attorney about what defenses can be raised.

Fighting for You, Fighting for Justice. For your free initial consultation, call Craig Epifanio, P.A., at (727) 528-1859 or contact us online.

Whether you are a juvenile or someone accused of trafficking heroin across the border, we bring the same level of attentive client service and thorough preparation to every single criminal defense case. Regardless of the situation, our goal is to get the charges dismissed or to win a not-guilty verdict. Additionally, every drug case has Fourth Amendment implications so that it may be possible to get some or all of the evidence suppressed due to the improper actions of the police.

Minimize Consequences of a Federal Conviction

A federal conviction can be far more serious than a state drug conviction. In a federal case, you are typically facing a mandatory prison sentence. Federal drug sentencing guidelines are continually changing and evolving. Criminal defense attorney Craig A. Epifanio has considerable experience in the application of the federal sentencing guidelines and knows how to leverage positive factors in your life to help minimize the harsh consequences of a conviction.

In any conviction on drug charges in state court, a mandatory 2-year driver's license suspension occurs.

We handle federal and state drug cases, including:

Do not delay in seeking experienced counsel regarding any drug trafficking, drug possession or other criminal defense matter. Call (727) 528-1859 to learn how we can help you in a free initial consultation today. Contact us online.