A Florida Defense Attorney for Gun and Weapons Charges 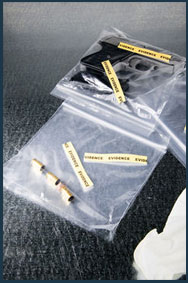 In Florida and under federal law, the possession of a gun or a weapon is considered an aggravating factor when it comes time for criminal sentencing. In addition, if you are charged with a crime, possession and/or firing of a gun or other weapon during the commission of that crime may be considered an additional offense, which can carry significant penalties, including ten years to life in prison. Further, if you have ever been convicted of a felony, you do not have the right to possess a gun, which will lead to a new felony charge (Although recently the US Supreme Court unanimously allowed felons to very temporarily possess a firearm in order to transfer to a third party. However, speak to an attorney before attempting this).

Anytime a weapon and especially a firearm is involved in a criminal offense, then the case will be more closely scrutinized by the police. In 2015, courts have confused how citizens can carry guns by ruling that it is criminal conduct under most circumstances to "openly" carry a firearm.  So now, one can't carry a weapon in the open, yet a person can't conceal it without a permit. Under state statute 790.053, known as Florida's Open Carry Law, (a misleading name in itself), a person is prohibited from openly carrying unless recreational shooting or hunting and not displayed in an angry or threatening manner. However, an even more recent appeals case shows that EVEN IF you have a concealed weapon permit, then the Second Amendment is not being infringed because the law allegedly imposes no burden on gun owners of their constitutional rights. Cases like this cause even more confusion as to what citizens are allowed to do. My office can help you navigate this difficult legal minefield and defend against this confusing area of law. For example, some officers think that you could still be arrested for carrying a concealed weapon even if you have a permit to conceal. The excuse by the officers is often "officer safety" and while that is certainly a worthy goal, most people still have a Constitutional right to carry a weapon (with certain limitations). However, our office can raise many defenses when it comes to gun and weapon charges. For example, a convicted felon may have no choice but to use a gun, so a necessity defense could be raised. More famously, the "Stand Your Ground" law, can be used by non-felons even though you may be charged with other weapons offenses.

Whether or not weapons are used in an assault and battery, a sex crime, a drug crime or some other criminal accusation, if a weapon is present, you may be facing more severe penalties or even a mandatory minimum sentence. It is essential to have a committed and experienced lawyer such as Craig A. Epifanio, by your side to safeguard your rights and protect your innocence.