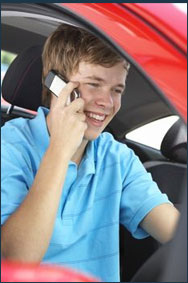 Reckless Driving, to the surprise of many, is a criminal offense. In order to convict a person, the judge or jury must find that they were driving in a willful or wanton disregard for the safety or persons or property. Even if you are a safe driver, if the officer believes that you are driving in a reckless manner, the officer in his sole discretion is the one to decide if your actions were reckless. For example, a motorcycle rider doing a wheelie may be in total control, but the officer could consider those actions reckless. Motorcyclists are often targets of police officers for this offense. However, as a motorcyclist myself, I can relate to those riders better than others when an officer confuses regular riding with criminal conduct. Another common reason people get charged is drifting. Again, even though you may be in control, you could still be charged with reckless driving. Our office has dealt with many of these matters and knows the best defenses and tactics to use for each accused driver.

The most serious Reckless Driving charge is Vehicular Manslaughter (aka Vehicular Homicide), pursuant to Fla. Statute 782.071, is where, while driving recklessly, it causes the death of another. Vehicular Manslaughter is a second degree felony punishable by a 15 year Prison sentence and a permanent license revocation. Even if there are no drugs or alcohol involved, if a person is driving in a reckless manner and it causes a death to someone else, whether it be another driver, pedestrian, or even own passenger, you could be charged under this statute. Furthermore, while the maximum sentence is 15 years prison, even a person with no prior record will score under the sentencing guidelines an approximate minimum of 11 years. Obviously, an attorney is crucial when charged with this crime as there are many possible defenses that we can employ for you.

Our office has the experience in representing those clients charged with Reckless Driving and Vehicular Manslaughter. Contact our office immediately so we can help you fight this charge.